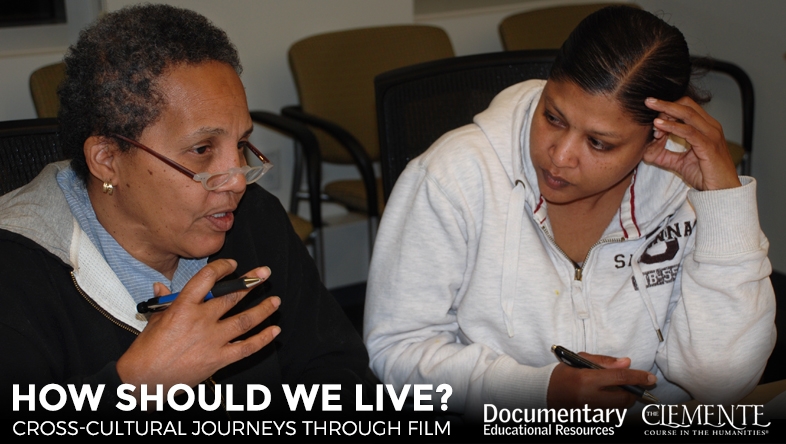 HOW SHould WE LIVE? CROSS-CULTURAL JOURNEYS THROUGH FILM

We’re delighted to announce the line-up for How Should We Live?: Cross-Cultural Journeys Through Film, a film screening and discussion series presented by DER in partnership with The Clemente Course in the Humanities.  Thanks to our community curating committee for their input into the final schedule.

All of the screenings will be held from 7 PM – 9PM in the Great Hall, Codman Square Health Center, 6 Norfolk St,  Dorchester, MA 02124. We hope to see you there!

November 21, 2019
Movement (R)evolution Africa: A Story of an Art Form in Four Acts (65 min, 2007)
Combining innovative narrative techniques and striking footage of dancers at work in the studio and on stage, Movement (R)evolution Africa offers  an astonishing view of contemporary African choreography. Through exploration of the work of four artists, the film presents a deeply human encounter with creativity that positions African choreographic innovation as a veritable aesthetic revolution. Their stunning choreography and riveting stories challenge stale stereotypes of “traditional Africa” to unveil soul-shaking responses to the beauty and tragedy of 21st century Africa.

January 23, 2020
Smokin’ Fish (80 min, 2011)
Cory Mann is a quirky Tlingit businessman hustling to make a dollar in Juneau Alaska. He gets hungry for smoked salmon, nostalgic for his childhood, and decides to spend a summer smoking fish at his family’s traditional fish camp. The unusual story of his life and the untold history of his people interweave with the process of preparing traditional food as he struggles to pay his bills, keep the IRS off his back, and keep his business afloat. By turns tragic, bizarre, or just plain ridiculous, Smokin’ Fish tells the story of one man’s attempts to navigate the messy zone of collision between the modern world and an ancient culture.

March 19, 2020
Of Men And Gods (52 min, 2002)
A frank look at a largely unexplored area, Of Men And Gods examines the daily existence of several Haitian men who are openly gay. Prevalent, yet still taboo, homosexuality and gay culture are allowed to flourish within the context of Haiti’s Vodou religion. As “children of the gods,” the men find an explanation for homosexuality as well as divine protection. They also find an outlet for theatrical expression through exhilarating performances in which they embody the gods. In Creole, with English subtitles. 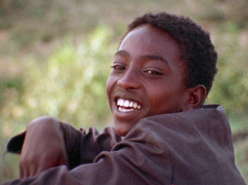