In response to the global pandemic, in May 2020 we began hosting filmmaker events online. The success of these early events has encouraged us to launch a running series that will continue through the Fall and Winter. While we regret that we cannot host our regular filmmaker events in our Watertown office, we are delighted that moving our events online means we can reach filmmakers and viewers around the world. We look forward to seeing you. 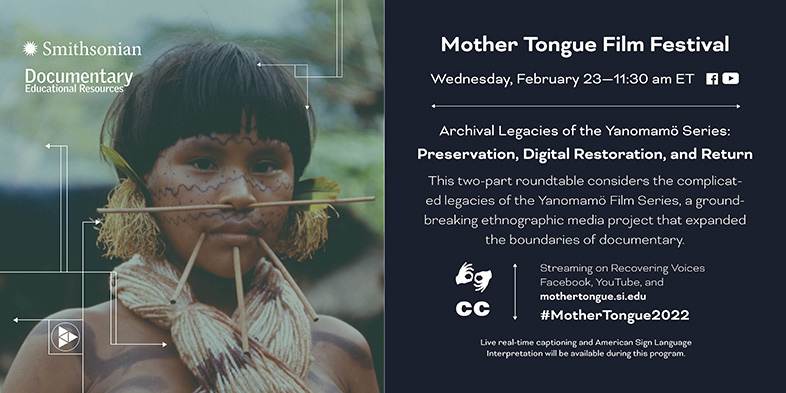 This two-part roundtable considers the complicated legacies of the Yanomamö Film Series (1969–1976), a groundbreaking ethnographic media project that expanded the boundaries of documentary. Distributed by Documentary Education Resources (DER) and archived in the Smithsonian’s National Anthropological Archive, the series emerged from a collaboration between anthropologist Napoleon Chagnon (1938–2019), filmmaker Tim Asch (1932–1994), and Yanomamö communities in southern Venezuela and northern Brazil.

The collaboration resulted in 110,000 feet of film and 21 films, including some of the most celebrated ethnographic films of the period: The Feast (1970), The Ax Fight (1975), and A Man Called “Bee” (1974). But this work was not without controversy as Chagnon’s mischaracterizations of the Yanomamö as the “Fierce People” has had ongoing impacts on communities, and scholars have called into question his ethics.

The first roundtable is focused on the technical and aesthetic issues underlying the processes of preservation and digital restoration. The second panel explores the value of these films for the Yanomamö and anthropologists interested in more equitable collaborations. Acknowledging the painful legacies of anthropology, these roundtables will provoke discussions about the value of historical works and the potential for redress and corrected narratives.

This program is co-presented by Documentary Educational Resources and the National Anthropological Archives.

Restoration of the Yanomamö Film Series was graciously funded by a National Film Preservation Foundation grant and individual donors.

Watch the recording of the roundtable 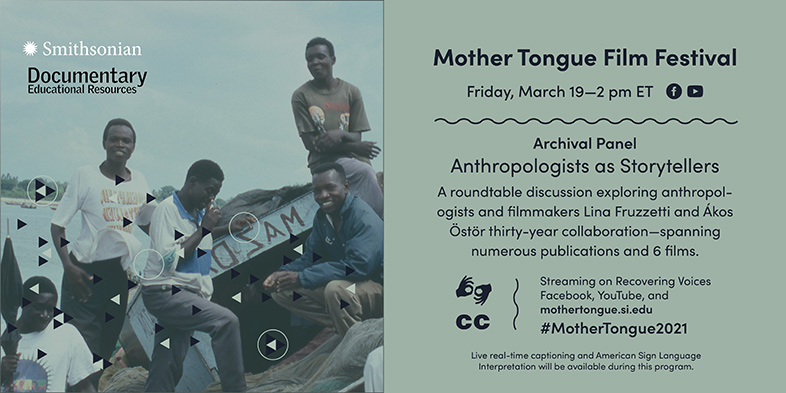 This program is co-presented by Documentary Educational Resources and the National Anthropological Archives.

Watch the recording of the discussion. 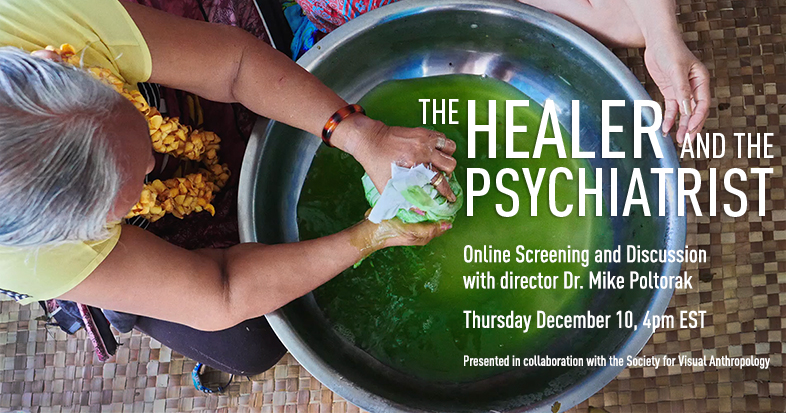 The Healer and the Psychiatrist: Online Screening and Discussion with Mike Poltorak
Thursday December 10, 4pm EST

Join us for an online discussion about The Healer and the Psychiatrist, a new film about the treatment of mental health issues in the Kingdom of Tonga.  Join Filmmaker Mike Poltorak and a panel of experts to discuss the film.  Topics will include filmmaking about mental health issues, the intimacy of healing, and the film’s place in the anthropology of the Pacific. Panelists include: Patricia Fifita (Oregon State), Jessica Hardin (Rochester Institute of Technology) and Mike Poltorak (filmmaker, anthropologist); Robert Lemelson (moderator).  The film can be viewed online during the Society for Visual Anthropology Film and Media Festival.

Presented in collaboration with the Society for Visual Anthropology.

Watch the recording of the discussion. 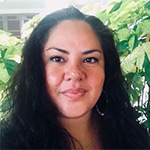 Patricia Fifita
As a Tongan native and professor at Oregon State, Patricia’s career spans medical and environmental anthropology and indigenous research methodologies and analytics, working toward collaborative and community based participatory work in the Pacific Islands. 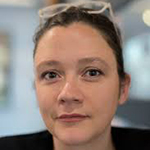 Jessica Hardin
Jessica is an Australian cultural and medical anthropologist who is interested in how the intersection of medicine and religion shapes lived experiences of chronic illness and how that intersection leads to structural inequalities in everyday life. 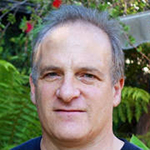 Robert Lemelson (Moderator)
Robert Lemelson is a research anthropologist at the Semel Institute of Neuroscience and an adjunct professor of anthropology, both at UCLA. In 2007, he founded Elemental Productions, an ethnographic documentary film production company dedicated to producing films focusing on culture, psychology, and personal experience. 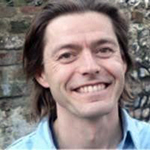 Mike Poltorak (Director)
Dr. Mike Poltorak is a Medical Anthropologist and documentary filmmaker who has researched traditional healing, mental health and social health in Tonga since 1998. He won national, faculty and student prizes for teaching visual anthropology at the University of Kent and has filmed, directed and produced four documentaries, all of which emerge from long periods of involvement with various communities.

Teaching Anthropology with Film with Alice Apley and Jenny Cool
December 2, 2020
The workshop provides an overview of the origins and history of anthropological filmmaking for the classroom, and provides practical information on accessing and using films in teaching. We will address questions such as – How do I find the right film for my class? What film formats are available for online teaching? What’s the difference between a Digital Site License and Streaming? What tools and resources are available for teaching with films? This workshop is being offered as part of the 2020 American Anthropological Association Annual Meeting and is sponsored by the Society for Visual Anthropology & General Anthropology Division. 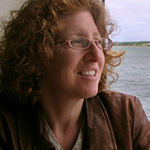 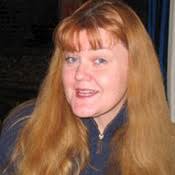 IMPACT PRODUCING MASTER CLASS with Marga Varea
September 22, 2020
The workshop examines the planning and implementation of Activized’s impact campaign run by Boston-based impact producer Marga Varea, founder of Twin Seas Media. Find out how the campaign was designed and executed; what decisions were made along the way to accomplish the intended impact; what obstacles they encountered and how the campaign adjusted during COVID-19. Take a look inside the mechanisms of impact producing and how it has profoundly changed the documentary distribution landscape.  Presented in collaboration with Women in Film & Video New England. 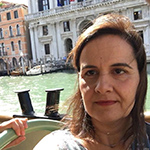 PRODUCING WITH IMPACT
July 28, 2020
What is impact producing? Are all films suitable for impact campaigns?  This conversation was led by filmmaker Margo Guernsey (Councilwoman), Maria Judice (Writer, Director, Impact Producer and Founder of Indigo Films) and Marga Varea (Founder and Impact Producer of Twin Seas Media). Presented in collaboration with Women in Film and Video New England.

Watch a recording of the discussion 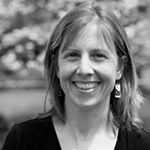 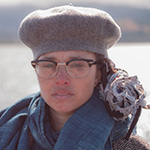 DOCUMENTARY DISTRIBUTION IN THE TIME OF COVID-19
May 26, 2020
We had a comprehensive discussion about distribution, which explored possibilities for getting your documentary on public TV, the challenges for the film festival circuit,and opportunities for educational distribution. Experts from the field who elevated the discussion included DER’s Executive Director, Alice Apley, WGBH’s Director of Programming, Ron Bachman, BlackStar Film Festival’s Artistic Director & CEO, Maori Karmael Holmes, and filmmaker and former LEF Foundation Program Director, Sara Archambault.  Presented in collaboration with Women in Film & Video New England.

Watch a recording of the discussion 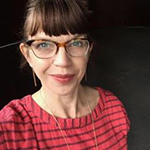 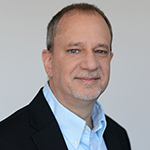 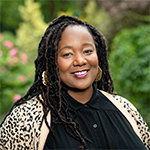 Still looking for something to do during quarantine?  Check out our streamable films.