Three Croatian activists struggle to change the world. As children, they lived through the violent collapse of Yugoslavia. But now, amid the aftershocks of socialism’s failure, they fight in their own way for a new leftism. In the middle of the struggle, a skeptical American is won over by their cause and even goes to jail with them. The activists, whether clashing with police or squatting in an old factory, risk everything to live their politics. But as the setbacks mount, will they give up the fight?

The film, shot during years of fieldwork with a Croatian anarchist collective, applies EnMasseFilm’s unique blend of observation, direct participation and critical reflection to this misunderstood political movement. Its portrayal of activism is both empathetic and unflinching — an engaged, elegant meditation on the struggle to re-imagine leftist politics and the power of a country’s youth. 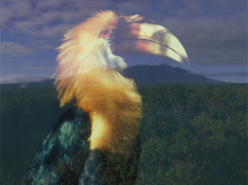