Also available on DVD and DSL

In the late 19th century, the Canadian government removed ritual objects from the possession of the Kwakiut’l, a Native American community on the Northwest Coast. The ‘potlatch’, as it was called, was their way of celebrating their culture, their identity and their heritage. A ritual passing down of treasures, it symbolized a rebirth of tradition, a positive affirmation of their identity, past and present.

In 1921 the Kwakiut’l people of Alert Bay, British Columbia, held their last secret potlatch. In 1980 at Alert Bay, the U’mista Cultural Centre (U’mista means “something of great value that has come back”) opened its doors to receive and house the cultural treasures which were seized decades earlier and only then returned to the people. The center also took up activities such as recording stories told by elders so that some part of the past would always be alive and teaching children about their heritage in order to make them feel connected to their ancestors.

This film documents the cultural significance of these events for today’s Kwakiut’l people. It is an eloquent testimony to the persistence and complexity of Kwakiut’l society and to the struggle for redefining cultural identity for them. 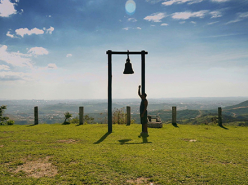