For this Fiscal Sponsorship Spotlight, we go behind the scenes with David Camlin and Megan Grumbling, Co-Directors and Co-Producers of the feature documentary, We Are The Warriors. Their film, currently in the early stages of post-production, takes an in-depth look at a small Maine town as the residents decide the fate of its American Indian mascot after facing public allegations of racist behavior at a high school football game. 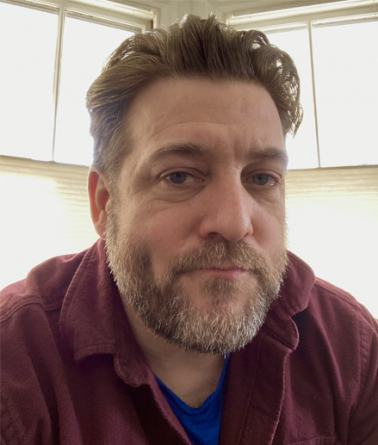 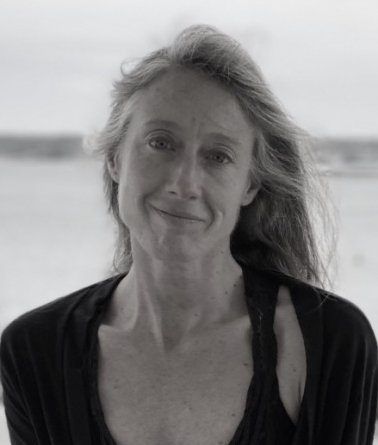 Listen to the full interview here:

As part of their efforts to secure finishing funds to complete the film, the team is sharing a work-in-progress cut of the film. The program is free to watch, followed by live Q&As with members of the production team. The next live Q&A will be hosted on January 16, 2022, at 5 pm ET. Register for the free screening program here!

Check out the trailer of We Are The Warriors below:

Here are a few highlights of our conversation:

DER: Tell me about your documentary project, We Are The Warriors. What is the story? What is at stake?

Megan Grumbling: We Are The Warriors tells the story of a small main town, Wells, as it decides the fate of its native American mascot. The high school athletes of Wells have long been known as the warriors and they’ve rallied around the mascot image of an American Indian with a feathered headdress. In the fall of 2017, the town was called out for racist behaviors and misappropriation of native culture at a high school football game in the fans’ activities. And when that happened, Wells was suddenly put into the public spotlight, got a lot of media attention and pressure. The town formed a mascot committee to reckon with the mascot through open dialogue and person-to-person contact and story sharing to determine what to do with this mascot and how to move forward with it. Our film follows the mascot committee, as it decides upon its process, how it’s going to go about having this difficult conversation, how it educates itself, hearing the voices of indigenous people in Maine as part of that process and ultimately making a decision and making a vote.

David Camlin: We’re also telling a little bit of the history of the town. And that’s sort of stepping out of what’s happening presently and we’re trying to investigate and represent sort of the long colonial history of the town and also what we sometimes call pre-settlement history. So this film is examining the many thousands of years that indigenous people have been in this part of the continent.

DER: Tell me a little bit about what the feel and look of the film is right now.

David: So since we kind of rushed into production, we were sort of scrambling to capture as much of the real-time dialogue as possible as it happened in the meetings. But we are also needing to cast a wide net for interviews, since we were trying to find people who were willing to talk openly about their evolution on the issue or lack of evolution on the issue. The film is really the straight-ahead, linear storytelling style about the committee’s process with some examination of the town’s colonial and pre-settlement history added in for context. I think going into a dense explanation of the region’s history would’ve taken up a lot of time and resources to research and depict. One way we will be representing the history is through the use of animated maps that will change as we look back in time during the course of the film to represent how New England states and their borders with Canadian provinces don’t necessarily align with how Wabanaki people thought of and still think of the region in terms of tribal territories and nations and those borders and boundaries. So I think the end result will be a film that is primarily about the emotional quality of the process, from the inciting incident, through the committee’s examination and learning experience.

Megan: And during production, as Dave was on camera, I was conducting interviews. Putting the questions together and working with our subjects, I really wanted to make a lot of space for them to reflect on the stories that they’re telling and how they’re telling the stories. So, you know, giving them questions about the meaning of a mascot. What does it mean to have a mascot? What is the purpose of a mascot? What does it mean to be a warrior? And to ask them to reflect on some of these things, to reflect on history, as they know it, to reflect on what they don’t know about their history, what they think they know about their history, and their own role in the town of Wells, it’s history and it’s present.

So I think just giving them a lot of space to reflect upon the stories that they are so invested in and to examine them. And I was not very hard-hitting with asking them to interrogate them, but I think it sort of came about naturally by just giving them the space to sit with it, in a way that didn’t feel confrontational and didn’t put them on the defensive. And, you know, I think we really had some amazing interviews with people who were initially angry and defensive and wanted to dig in their heels. And they really did manage to be open and vulnerable and have a sense of humility and thinking about, wow, what have I known? How do I have to alter that with what new information is being presented to me? So it was a really heartening process to go through these interviews and talk to so many people who were doing really hard work. I don’t underestimate how hard it is to change. And I think it’s less changing your thinking than changing your feeling. And that’s a really hard thing to change. It can feel like an existential threat. And I think I just had a real appreciation for how many people were really willing to do that work.

DER: What is your idea about the story before you go into production? And is there anything that surprised you during the process of making this film?

Megan: I think I wasn’t sure what was gonna happen, you know, and I think we were both maybe a little wary and wanting the best outcome and kind of rooting for Wells to do the right thing. And I guess ultimately I was surprised by what we were both just discussing – how open and vulnerable the members of the Wells community were able to make themselves and really approach it with kind of a beginner’s mind and curiosity to learn more, to learn what they haven’t known. And that was pleasantly surprising.

David: I think one of the big things that Megan and I have realized very early in the process is how much we didn’t really understand about the issue. I think in general, we had a sense going into it that, you know, we understood that this was a problematic use of imagery. But as we sort of went through the process with the mascot advisory committee – because keep in mind, we grew up on the history or the interpretation of the history that the town had for so long, we tried to think back to like, what did we learn in school about the history of the town? We don’t really remember much. And we certainly didn’t come out of the school, having a deep understanding of the history, but also contemporary issues that indigenous people in Maine are currently facing. I think the surprise for me was realizing how much I really didn’t understand the sort of depth and breadth at which the mascot could be problematic. I think now having gone through the process of making this film, I have a much better understanding of the actual harm that is caused by using these mascots, the true impact that it has on indigenous people in their communities.

DER: How can we support the finishing of your project?

David: We’re really close to finishing this film, but we still have some work to do and have identified about $25,000 worth of finishing costs that we need to raise in order to make that happen. So if people are interested in supporting this project, I’d encourage them to go to our website: wearethewarriorsfilm.com to learn more about the project. You can also find links to the Documentary Educational Resources project page, where you can make a contribution and also register for a work in progress screening event this month. This is an opportunity to have a sneak peek of a rough cut of the film. We hope to get this in front of audiences that are dealing with similar issues in their communities.

David and Megan plan to complete the film in summer 2022 to be considered by the PBS stations for national broadcast. They are currently raising funds to ensure the finishing of the film.

To support this film, you can make a donation here: https://www.der.org/programs/sponsored-projects/we-are-the-warriors/

To stay up to date on all of DER’s fiscally sponsored projects, join our email list.