“Funding, Broadcast and Distribution Tips for Documentary Filmmakers” at SFF 2012

If you missed the “Funding, Broadcast and Distribution Tips for Documentary Filmmakers” Film Forum last month at the Salem Film Festival, there was a lot of helpful information shared by The Independent’s Erin Trahan, American Public Television’s Eric Luskin, Women Make Movies’ Kristen Fitzpatrick and DER’s own Alice Apley. Check out this audio podcast for a full recap! 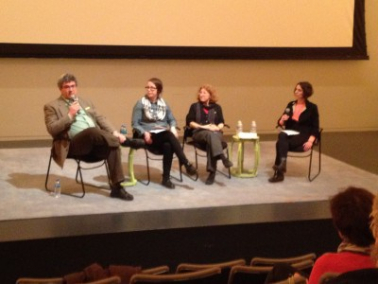