Available on DSL and DVD: https://store.der.org/neighbors-p579.aspx

When filmmaker, Richard Rogers and producer, Janet Mendelsohn were funded by the National Endowment for the Arts to make a film about the growing interest in neighborhood conservation, they chose Boston’s South End — an ethnically and economically diverse community that, like many other American cities at the time, had found itself in the midst of the urban renewal process.

The resulting film, Neighbors: Conservation in a Changing Community examines the challenges and opportunities of neighborhood revitalization through the stories of 12 South End residents. The older, working class population is juxtaposed with the more affluent newcomers who are attracted by the prime location and historic architecture as well as the ethnic mix of the neighborhood. While documenting the differences among these residents, the film also reveals their common goals — to make their neighborhood a better place to live. 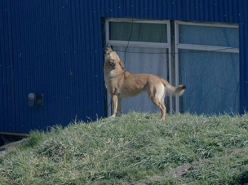