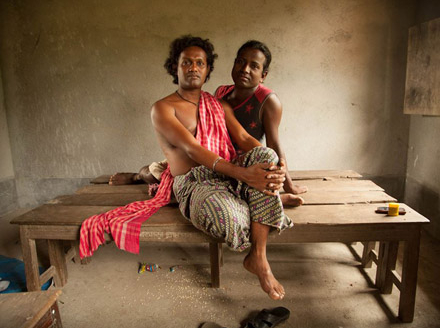 Gautam, Buddha, and the New Conquerors of Bengal

Best friends Gautam and Buddha are the cross-dressing stars of the New Conquerors, a bawdy, all-male traveling theater in rural India. This type of theater, called gajon, traces its roots back five-hundred years in eastern India. While Buddha is openly gay, Gautam has a wife and a son back in the village.

India is currently ruled by a right wing Hindu party with a narrow vision of Indian identity. Muslims, beef-eaters, gay people need not apply. In their opinion, homosexuality is a Western vice. Section 377 of Indian law (inherited from the colonial regime), which makes gay sex a crime was reinstated in 2013.

This ruling class will find it hard to deny the Indianness of the film’s protagonists, who live in clay houses and sleep in dry rice paddies after a performance. Western viewers will notice their rudimentary living conditions, but poverty preoccupies neither Gautam, Buddha, nor this film, which focuses on their human complexities. Shot with a minimal crew and a hand-held camera, it values intimacy.

Actors often go home for the day and join the troupe in the evening at the next venue. A patriarch at home, Gautam transforms into a sassy queen backstage, while Buddha’s boyfriend constantly suspects him of being unfaithful on the road.

Ultimately, neither protagonist finds a satisfactory way to live in a heteronormative society. However, the ambiguous space they manage to carve out for themselves upends our assumptions about India, the rural poor, and effective strategies for promoting LGBT rights. 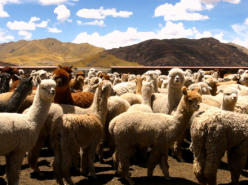