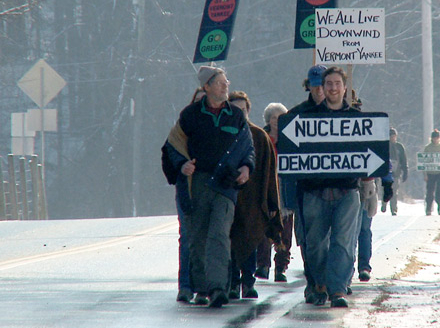 Power Struggle chronicles a heated political battle being waged in Vermont, where citizen activists and the state government are pitted against one of America’s biggest utility corporations, in a fight over the future of an aging nuclear reactor. At stake here is a fundamental question about the essence of democracy: Who should have control over vital issues that impact people’s lives so directly: corporations, the federal government, states, or the people?

In production since January 2010, we have chronicled this unfolding story through the perspectives of people on all sides of the issue. With over 600 hours of high-definition footage already filmed, we are in the post-production editing phase. We are currently seeking finishing funds in order to complete the film by Summer 2015.