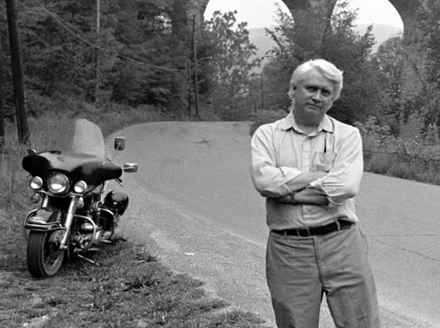 Novelist John Gardner – bestselling author of Grendel, The Sunlight Dialogues, Nickel Mountain and other works – died in a motorcycle accident in 1982. Sunlight Man is the story of Gardner’s complex life and turbulent times, as seen from the point of view of his filmmaker son, Joel.

Through interviews, archival film, still photographs and present day location shots, Joel Gardner’s odyssey weaves together several parallel stories in Sunlight Man. Joel examines the myths surrounding his father’s early years, including the death of a younger brother in a farm accident. He traces his father’s swift rise to fame with the publication of Grendel, his subsequent fall from critical favor, and tells of his father’s personal struggles – in art and in life – which led to his death at 49.

Alongside his exploration of John Gardner’s life and work, Joel Gardner tells his own story in intimate terms. Joel compares and contrasts the choices he’s made against those of his father. By the end of the film, Sunlight Man, Joel Gardner is able to come to terms with his father, with himself, and with the tangled legacy John Gardner left in his wake. 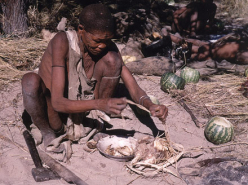