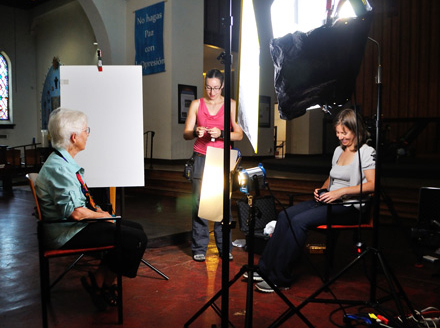 Filmmaker: Margo Guernsey
Status: In Production
DONATE TO THIS PROJECT
DONATE BY MAIL OR PHONE

Time Travel Productions is developing a long-form documentary film about the “irregularly” ordained Episcopal women priests, and the movement they led. Eleven women presented themselves for ordination as priests in the Episcopal Church on July 29th 1974 at the Church of the Advocate in Philadelphia, Pennsylvania.

At the time, the ordinations themselves were big news. More than 2,000 people showed up for the service, along with all of the major television networks and print media outlets. The women entered through the back door, rather than walking the traditional route through the pews, as a security precaution. “I remember it being a horribly hot and humid day, but people tell me it was just that we were hot,” remembers one of the women. During the mostly peaceful service, one man stood up to oppose the “smell, sight and sound of perversion.” The hotly contentious issue remained in international headlines for weeks.

The celebratory service was just the beginning of a drawn out struggle for women’s rights within the church. It took four years, civil and ecclesiastical lawsuits, and more irregular ordinations. By 1978 the votes shifted in favor of women’s ordination, and the Episcopal Church officially changed its policy. This is a story about a group of women who took it upon themselves to stand up for their own freedom, and succeeded in convincing a century old institution to change its policy.

This project will put the story of the Philadelphia Eleven in the context of the other 20th century struggles for equality, and in a long-historic tradition of religious women preaching. It strives to engage public discourse around the role of religious institutions and human rights in civic society. 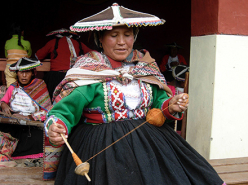