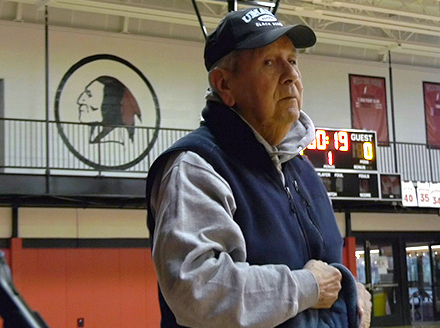 We Are The Warriors

For nearly sixty years, students and alumni of Wells High School in Maine have called themselves the “Warriors.” Their yearbook is named for the Abenaki, the Indigenous people the town’s settlers first encountered in the 1600s. The school’s mascot, variations of a stoic Native American head in profile with braids and feathered headband, has drawn both support and criticism in the past. However, during the 2017 fall athletic season, an incident shocks the town and reignites the debate.

After a home football game, a story appears in the Portland Press Herald reporting that Warriors fans mocked Native culture – that they made “Indian” whooping calls and donned “war paint.” The witness to these transgressions is the mother of the visiting team’s quarterback, herself an Abegweit Mi’kmaq from one of the five sovereign Wabanaki Tribal Nations of what is now called Maine and the Canadian Maritime provinces. Pressure mounts as other press outlets pick up the story and the town is compelled to respond, forming a committee to investigate the incident and consider the fate of the community’s beloved mascot.

“We Are The Warriors” follows the citizenry of Wells, a population that includes Indigenous peoples, as they convene to speak, hear each other, and seek consensus. And by inviting Wabanaki voices from across the state to join the conversation, including the mother whose experience ignited the debate, the residents of Wells work to better understand the lasting effects of their colonial past and how it relates to the present day impact of their good intentions. 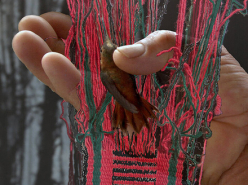