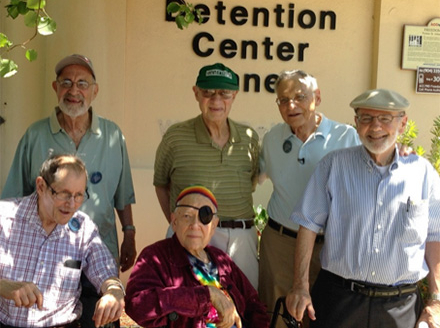 Why We Went: The St. Augustine 17 is a short documentary that tells the story of the three dramatic days in 1964 when 16 rabbis and one Jewish lay person followed the call of Martin Luther King to come to St. Augustine, Florida. They would serve as foot soldiers in the Southern Christian Leadership’s ongoing attempts to integrate this segregated and brutally violent city. While in jail for their non-violent protests, the rabbis composed the monumental joint essay called “Why We Went,” explaining how what happened during the Holocaust should motivate Jews to stand up against racial injustice in America. Their important message still resonates in the era of Black Lives Matter.

photo (above): Six reform rabbis pose for a photo outside the jail in Augustine, Fla. where they spent a night after protesting for civil rights 50 years earlier. Standing, from left to right: Allen Secher, Israel Dresner, Jerrold Goldstein, and Richard Levy. Sitting, left to right: Daniel Fogel and Hanan Sills. (Dina Weinstein) 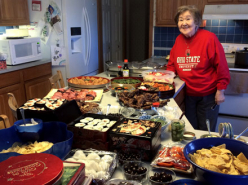