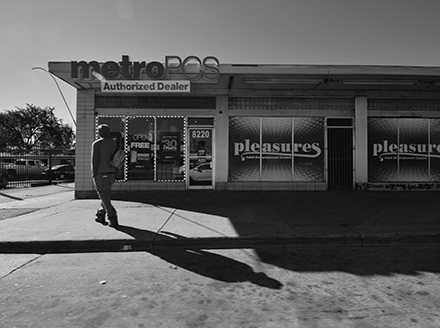 Filmmaker: Kate Nace Day
Status: In Production
DONATE TO THIS PROJECT
DONATE BY MAIL OR PHONE

In 2003, an undercover vice detective in Denver, Colorado, began collecting photographs of women arrested for prostitution. He placed arrest photo after photo of each woman in sequence, so someone could study the first innocuous picture, skim through the middle and be riveted on the last: the one that shows the ravages of living on the street, where eyes tell tales of pain and despair, anger and desperation. He gave copies of the compiled photographs to police, prosecutors, judges, and City Councilors, as “educational.”

The photographs are compelling, but the stories of the women are absent, erased. No history, no voice. The conditions that brought them to the street – the pimps, purchasers, and profiteers – are beyond interrogation, invisible. I saw the published photographs of ten of these women a decade ago. I now know three of them – Marie, Daisy, and Elizabeth. Without Equality/Without Consent responds to the terrible silence in their photographs, the injuries they experienced in their lives, and their inspirational voices.

Without Equality/Without Consent is an unbound book of photographs and texts. Black and white photographs present everyday street scenes, city locations, and suburban neighborhoods around Denver. Most document the ever-present inequality, poverty, and social upheaval. The only color photos – Daisy’s arrest photos – place her at the center of a violent world, as both subject and object. Accompanying the photos are personal statements from Marie, Daisy, and Elizabeth, and commentaries on the social, political, and legal dimensions of the sex trade, both nationally and globally.