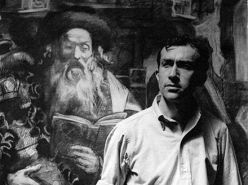 Hyman Bloom: The Beauty of All Things