Microsites offer in-depth content related to selected DER films and filmmakers. While the formatting of these sites is in some cases dated, we believe the content is still valuable for researchers and filmmakers and we are pleased to continue to make them available. 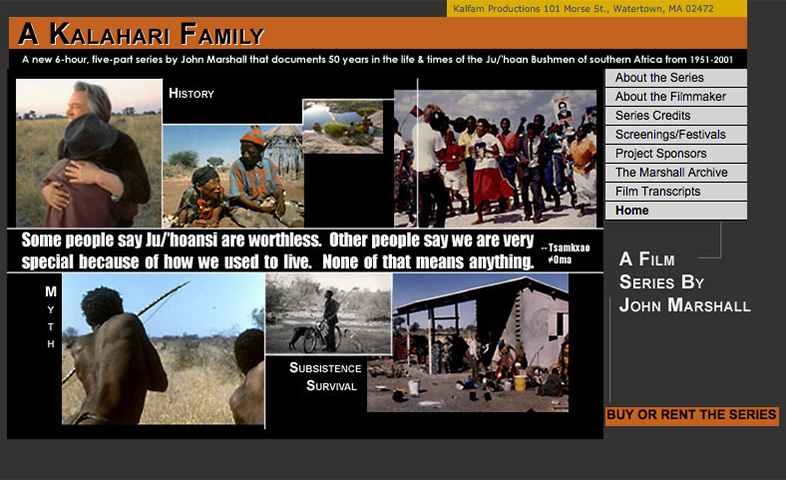 DER-founder, John Marshall spent 50 years documenting a group of Ju/hoansi “bushmen” in Namibia and Botswana. The five-part 6 hour series, A Kalahari Family is the culmination of his life work, documenting the enormous transformations in this community, from independent foragers, through upheaval under Apartheid, to their struggles to find a economic foothold in the new nation-state of Namibia, all told through the lens of Marshall’s personal and family involvement in the community.  The microsite includes background information about the films in the series, funding and production, complete credits, and information about related resources held in partner archives, among other content. 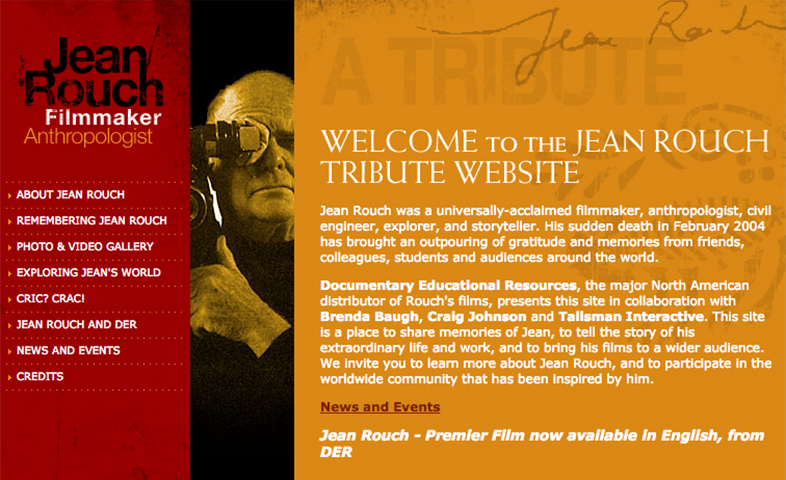 Jean Rouch is widely credited with launching the cinema verite movement and was highly influential in the emerging field of ethnographic filmmaking, expanding the practice through his uniquely collaborative approach, and his explorations of not only the seen, material worlds but of individual subjectivities. He was a close friend and collaborator of John Marshall and of DER, which was the first distributor of his films in the USA. We continue to offer films by and about Rouch. This microsite was created to honor Rouch when he died in 2004, and includes biographical information about Rouch, a filmography of his works, interviews with Rouch and more. 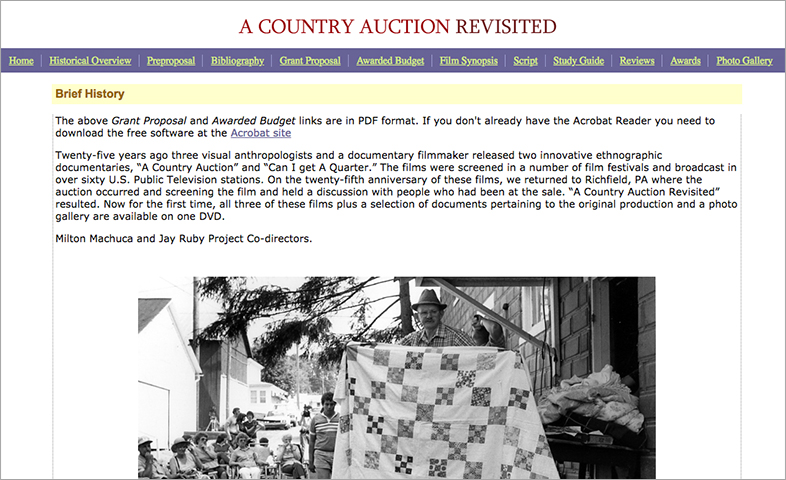 This site provides information related to the funding and production of the feature film, “A Country Auction” and short work, “Can I Get a Quarter.”  The site was created as part of the twenty-fifth anniversary celebrations of these films, when the filmmakers returned to Richfield, PA where the auction occurred for a screening and discussion of the making of the film. The latter was filmed, resulting in the ancillary work “A Country Auction Revisited.”