In the practice of overtone singing (called also bi-phonic singing), whose best-known examples can be found in Mongolia and with the Tuva people of Southern Siberia, a single person sings what the audience perceives as two voices at the same time: a low pitch with his vocal cords, and in addition, a high-pitched melody using harmonics (overtones) selected by modifying the volume of the mouth cavity.

This documentary is not an ethnography filmed in location. It is partly an illustration of the results of former research, partly the very actual investigation on overtone singing carried out in Paris, in the Ethnomusicology Department of the Musée de l’Homme, during a workshop, during a concert of the Mongolian National Ensemble, and in the medical visualization department of a hospital. The central figure is Tran Quang Hai, a well-known musician specialized in Vietnamese music, a performer and researcher in overtone singing, who is there working with the filmmaker in the same research group.

The initial idea was to explore new technologies allowing the visualization of music structure and performance. The film shows for the first time in real time and with synchronous sound how bi-phonic singing operates from the physiological as well as the acoustical point of view. While shooting the x-ray pictures of tongue movements and the spectral views of overtones, the filmmaker and his collaborators discovered for the first time — like the viewer of the film — how this unique vocal technique operates.

“The Song of Harmonics is a true masterpiece… Rather than being a know-all priggish schoolmaster, Hugo is your favorite uncle who gently guides you through the secrets he has in store, always giving the impression that you are his favorite nephew/niece as well… Hugo Zemp is a very good researcher of music, and for the scientific community it is fascinating to see him handle problems that tempt most of us one way or another.”
— Robert Boonzajer Flaes, Visual Anthropology, 4(1), 1991

“This work demonstrates that Zemp has made full use of the emerging potential for film in musicological research.”
— Tokumaru Yosihiko, Ethnomusicology, 38(2), 1994 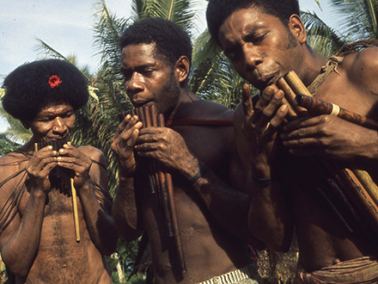 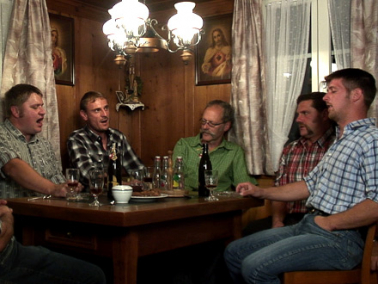