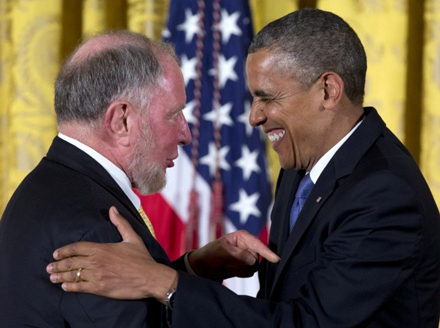 Filmmaker: Pete Davis
Status: In Production
DONATE TO THIS PROJECT

All across America, people are wondering: what the heck happened to our country? Many have half-baked explanations, but only one man has dedicated his life to meticulously unraveling this national mystery. Join Harvard social scientist Robert Putnam — “the poet laureate of civil society” and the civic guru of Barack Obama, Hillary Clinton, Rick Warren, David Cameron and even Mark Zuckerberg — on his three-decade quest to understand America’s civic unraveling and learn what it will take to weave us back together — before it’s too late.