For this Fiscal Sponsorship Spotlight, we go behind the scenes of the 2020 election with Margo Guernsey and Sara Archambault, Co-Directors and Co-Producers of What Democracy Looks Like. Their film – shot entirely during the pandemic – looks at the experience of election officials in Rhode Island during the 2020 election. Guernsey and Archambault hope the film will inform audiences across the country about the unseen labor that makes democratic elections possible. DER has served as fiscal sponsors for Guernsey and Archambault on other film projects, including Councilwoman and Riotsville, USA, but this is their first collaboration together.

Below are a few highlights from our conversation. Listen to the full interview here: 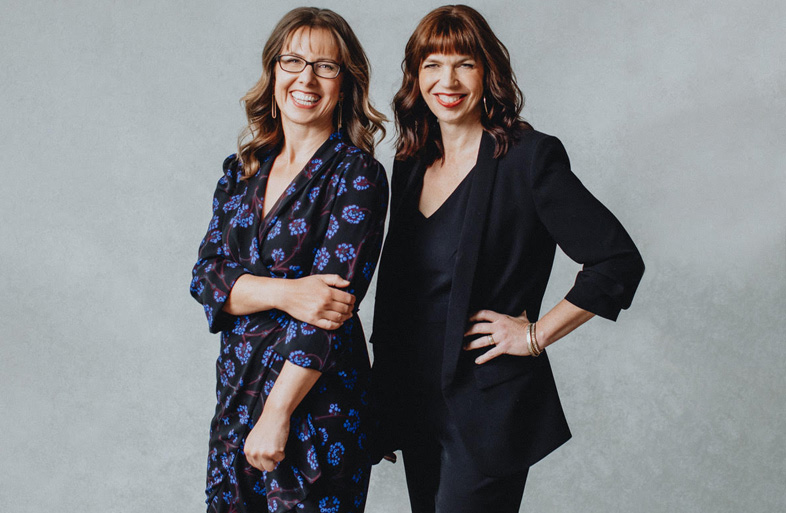 Margo Guernsey and Sara Archambault, Co-Directors and Co-Producers of What Democracy Looks Like

DER: Can you talk about the topics covered in your upcoming film?

Sara: This is a film about election administrators and the work they do to uphold our elections. We knew when we started filming last summer that America has always followed elections from the perspective of campaigns to election day – Who are the candidates, what are the issues, who’s going to win, what’s the money supporting? The general public has not looked at the labor that goes into making elections possible, but it’s what upholds our democracy. We wanted to peel back the curtain and show folks what it actually looks like.

Margo: In many ways, election administrators have been completely invisible to the American public and yet, they became the center of the conversation particularly as the election was wrapping up. These people have been not only invisible, but they feel unseen. Our goal with this film was to really dive deep into one state to share what we believe is the experience of many election officials in the country.

DER: How do you see that potentially affecting elections in the future?

Sara: It’s going to dramatically affect elections in the future. One thing to really hit home is that elections are intentionally layered and complex for election security. You want people with experience, who know how the process works. You want people who understand the law. Who are really thoughtful on how they care-take the right to vote. These are dedicated civil servants; these are not political actors. In fact they are a rare breed and I’m afraid they are becoming an endangered species.

That said, they just went through the election of their lifetimes. We’re seeing a trend across the country, including in Rhode Island, of election administrators retiring. On the one hand we hope this film helps people see them as the civil servants they are, but at the same time, acknowledges their knowledge as important.

Margo: There’s going to be an exit of institutional memory when it comes to elections in the coming years because there have been so many attacks on election officials throughout the country.

DER: Was there any specific lightbulb moment that inspired the film?

Sara: Both Margo and I are huge democracy nerds. When we’re not making films, we’re not only watching politics but participating in our civic culture. This was a natural fit for both of us. When the pandemic hit, I had a contact and good friend in the secretary of state’s office in the state of Rhode Island. We were having a chat, “how are you going to pull this off, how is voting going to happen?” In Rhode Island, it’s long been an in person election day process. I said “it’s a pandemic, we can’t all just show up on election day, how are you going to figure this out?” She’s like, “that’s what we’re doing right now. We’re trying to figure it out.”

We asked if this was something we could observe, if they would welcome us into the process. We were fortunate enough that they did.  The lightbulb moment for us was when these people welcomed us in. They wanted to be seen. They said, “people don’t know what we do, they do not understand. Thank you for giving us the opportunity to express that.” The fact that they weren’t just letting us follow them, they wanted their story to be told. That was really meaningful for us and  ignited a new fire in me.

Margo: Another lightbulb moment, for me, was the first time I really understood their work. I really viscerally realized what they were up against when I started filming late into the night with some of our characters. It’s nothing short of a campaign, but it doesn’t end on election day. It goes far beyond. It’s really intense. It took a while to viscerally understand that.

DER: What does democracy mean to you?

Sara:  At its simplest core, it means we all have a voice. There are flaws in the voting system, there are things we need to improve, but it’s about expanding the vote, making sure the right to vote is protected for every single citizen. The threat to democracy doesn’t come from these workers. They really care about the state of our country. They care about the vote. They care less about the leadership and more about the votes that are so sacred.

We need to come back to a sense of protecting this right for all citizens, even if they don’t look like you. Even the ones who don’t think like you. Even the ones who want different leadership than you. Being able to accept these differences in a way that’s expressed through selecting new leadership every few years. This democracy is only as good as we’re willing to fight for it. I think this project is a bit of our own defense of something we care deeply about.

Margo: Democracy is about everyone having a voice. It’s about everyone participating. It’s something we always have to be fighting for. There’s always something we can do better so every voice is heard.  So much of the conversation is about the policymakers, the decision makers and there’s usually very little representation of the labor that makes it all happen. One way we can look at democracy and acknowledge all voices is acknowledging all that keeps it afloat.

I’m so excited about this project because it’s that passion of mine – showing unseen labor combined with civic participation and democracy all coming together.

DER: Did anything surprise you when making the film?

What we saw unfold was as policies were changing due to COVID, the impact on the labor was very apparent. There wasn’t much conversation or time to find and improve policies. There was a lot of talk about protecting voters from COVID but there was zero talk on protecting election administrators. Every day, during 2 weeks of early voting, during a pandemic when thousands of people were voting in Providence city hall, the election administrators were so exposed. The decision affects the labor and when the discussion isn’t full enough you miss the point of the policy.

What was your experience filming during COVID?

Margo: Sara and I are both director-producers who never aspired to be directors of photography or cinematographers or second camera at all. Because the administrators were in tight spaces with the public constantly coming in and out, it wasn’t safe to bring a crew in. Not just for us but the election administrators were scared for their lives. At one point someone said “this election is so important to administer but at what cost?” The potential for exposure just continues to go up. Sara and I shot most of the film. Trying to shoot for the first time ever with masks and face shields, trying to hook up zooms, not being technical people it was really a rollercoaster.

Guernsey and Archambault plan to release the film in spring of 2022 with a festival premiere and a large impact rollout. As the unseen challenges facing election officials continue to rise, the release could not come sooner. As Guernsey says, “we are excited to bring a human face to their work, and remind Americans that trust in our local election officials is crucial if we want democracy to succeed.”

You can support this film by making a donation here:
https://www.der.org/programs/sponsored-projects/what-democracy-looks-like/

To stay up to date on all of DER’s fiscally sponsored projects, join our email list.