By DER|Tags:screenings, A Life Without Words, Emerson, Fall Film Series 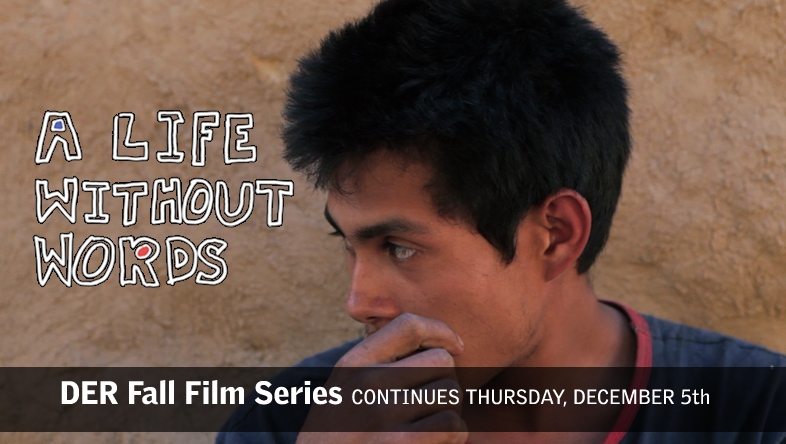 “The film, flowing with sublime images, is as poignant as it is captivating. ” — La Dépêche du Midi

“A masterpiece of aesthetic images and a plea for language as a fundamental human right.” — DOK.fest Munich

DER’s Fall Film Series comes to a close on December 5th with the intimate and aesthetically stunning documentary, A Life Without Words.

Hailed as one of the top five Latin American documentaries of 2012 by the Biarritz Latin American Film Festival, A Life Without Words portrays deaf siblings, Dulce María and Francisco, raised in rural Nicaragua who have lived their entire lives without any access to language — spoken, written, or signed — until a deaf sign-language teacher arrives determined to teach them their first words. As we enter their isolated world, we are presented with uncomfortable questions about what life would be like without language. This film, however, avoids hard and fast answers, and is a quiet exploration of the challenging questions it poses.

The screening will be followed by a Q&A with the filmmaker, Adam Isenberg, and with the founder of the Nicaraguan Sign Language Projects, James Shepard-Kegl.

The film will be shown with subtitles for the deaf and hard of hearing, and an ASL interpreter will be present during the Q&A.

Admission is free and open to the public, so please spread the word to your friends, students, colleagues, and social media outlets! We hope to see you there!

DER’s Fall Film Series is sponsored in part by Emerson College and the United Nations Association of Boston.