HSFA Reflects on the Work of Jerome Mintz 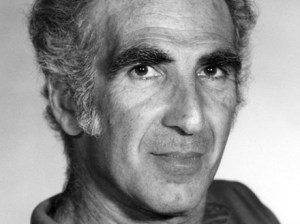 A new blogpost from the Smithsonian’s Human Studies Film Archives details how the re-discovery of one anthropologist’s films has led to a cultural resurgence in post-Franco Spain.

During the 1960s, American academic Jerome Mintz traveled to the city of Casas Viejas to study the aftermath of a failed and bloody anarchist uprising that took place there three years before the the start of the Spanish Civil War. Recording the daily lives of the city’s inhabitants, Mintz ultimately produced six films – all of which are now available on DVD through Documentary Educational Resources.

Cut off from the modern world by Franco’s totalitarian regime until 1975, the residents of Casas Viejas themselves were only vaguely aware of Mintz’s work. But thanks to the joint efforts of the Smithsonian, Mintz’s daughter Aviva Tavel, and a local history teacher, this community has recently gained access to the films that depict them, allowing them to reconnect with their history and, perhaps, heal some old wounds.

Click the links below for more information about Jerome Mintz’s films: