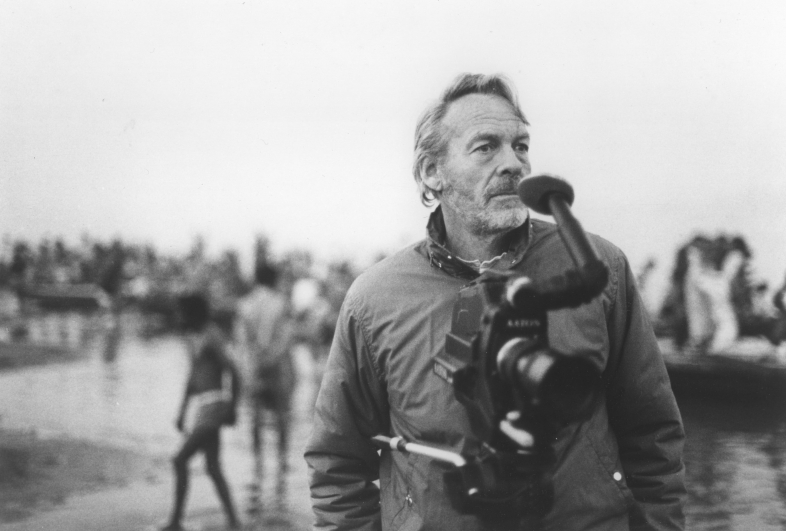 We are deeply saddened to learn of the death of Robert Gardner, who passed away on Saturday, June 21st. Gardner was an internationally renowned filmmaker and author whose works, including Dead Birds, Forest of Bliss, and Rivers of Sand, have entered the permanent canon of non-fiction filmmaking. 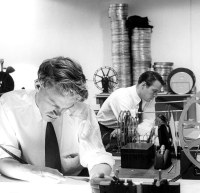 Gardner’s own history has long been intertwined with DER and our founder, John Marshall’s. Invited to join one of the early Marshall expeditions to the Kalahari, Gardner went on to assist John Marshall with the editing of The Hunters. Although Gardner and Marshall parted ways in their pursuits of distinctly different styles of ethnographic filmmaking, Gardner honed a poetic approach to filmmaking, while Marshall turned towards a kind of filmmaking as advocacy, their films have been together under the roof and stewardship of DER for many years.

As Founding Director of the Film Study Center at Harvard University who served from 1957-1997, creator and host of Screening Room from 1972-1981, and founder of Studio7Arts, Robert Gardner was a force in the Boston community and beyond, and will be greatly missed. His legacy lives on in his own films and in the films of the countless others whose work he inspired and influenced.