Shrouded in a fog of spiritual mystery, Mount Haguro, Mount Gassan and Mount Yudono rise high above Japan’s northeastern province of Tōhoku.  These sacred mountains are home to the Buddha mummies, sometimes referred to as ‘living Buddhas’ or ‘Sokushinbutsu’, attracting Shinto and Buddhist ascetics, scholars and tourists to the area for thousands of years.  By eating a diet of nuts, tree roots, bark, edible wild plants, mushrooms, and bamboo shoots, these ancient Sokushinbutsu self-mummify their bodies before retreating into the mountains to sacrifice themselves for the karmic suffering of their communities.  Housed in their sacred temples, the mummies provide a portal between life and death, bringing prosperity and health to those around them.

Who are these selfless, enlightened beings, and how are they still ‘living’ members of their temple communities today?  I sat down with anthropologist and filmmaker Shayne A.P. Dahl over zoom to get the inside scoop on the practices and politics of our recent release, The Buddha Mummies of North Japan.

AS: How did the film get started?

SD: It started out as an intuitive idea and grew from there. I had previous ethnographic fieldwork experience with the Blood Tribe of the BlackFoot Confederacy, an indigenous culture here in southwestern Alberta Canada.  But the politics of doing research with indigenous peoples is very difficult to navigate for a young scholar just finding their feet and I knew it was time to extend to a new site.  I’ve had a lifetime relationship with Japan, starting Judo when I was an eight-year-old and my wife is also Japanese.  We were in Japan in 2012, one year after the earthquake/tsunami and nuclear disaster. I knew at that time the global spotlight was on the northeastern region of Japan, Tōhoku, so I grabbed my map and made my way there.  When the director, Watanabe-San and I first visited the Dainichibo temple on Mt. Yudono together, the once-in-six-year re-dressing of the Sokushinbutsu ceremony was to happen the following week. The attending monks interpreted our film as fortuitous and invited us to be the very first documentary crew to film the ceremony. 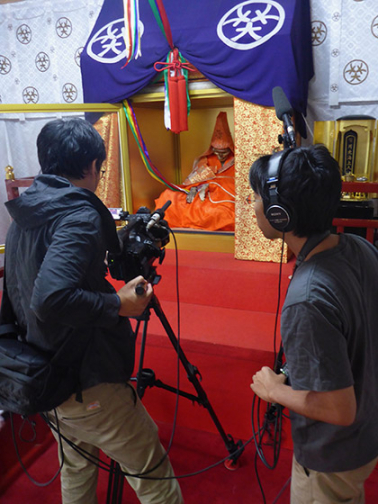 If you trust your intuition, your dreams can actually come true if you trust you’re dreaming them for a reason. When I first entered the temple and encountered the Sokushinbutsu, this abstract preconceived notion of enlightenment started to take physical form. I’ve read that Buddhahood is unattainable but then suddenly kneeling before a Sokushinbutsu, who is celebrated as having achieved Buddhahood, everything suddenly becomes concrete.

The effect on me was a sharpening of the senses and heightened alertness. The wife of one of the temple abbotts also talks about receiving telepathic messages from the Sokushinbutsu and I met a few others who believe themselves to be in psychic communication with them.

AS: Are the Sokushinbutsu naturally or artificially preserved?

SD: One of the monks explains that when he looks at the Sokushinbutsu, he is reminded of the tremendous sacrifice that they gave to support their communities.  When he told me that, he described the desperation of those historic times with tears forming in his eyes. To think in that context that a monk at a temple decides to not only become one less mouth to feed, but to give his life for the posterity of the community in eternal prayer, is a very poetic interpretation that makes the authenticity issue become irrelevant.  Instead, they become a prism through which human suffering can be interpreted. We don’t know for sure if they achieved buddhahood, and the monk says he doesn’t know if they are dead or alive, but what really matters is that they undertook this intense training and their practice is eternally revered. 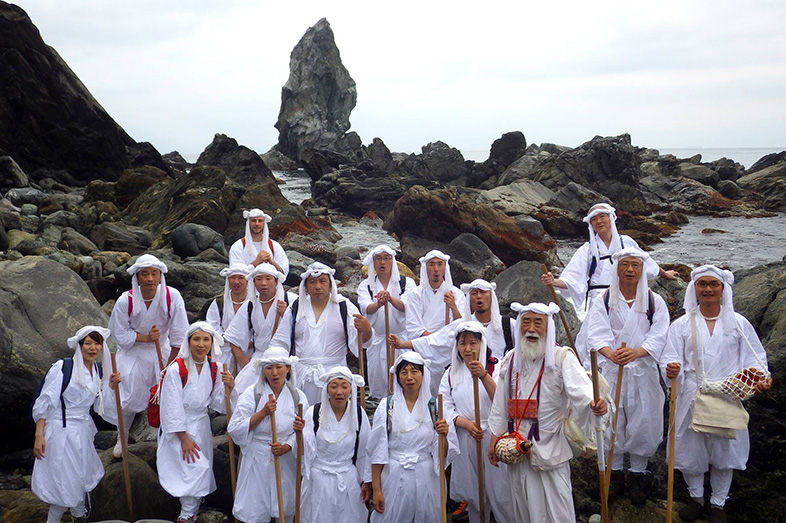 AS: How did your field work affect you?

SD: The religion is called shugendō and what they do is shugyō, which translates to ascetic training. My field work affected me most in understanding shugyō, which can translate to a trial.  It’s an experience you undertake in order to strengthen yourself and become more powerful.  When you practice shugyō in the mountains, you put on the attire of the yamabushi, or mountain ascetic, some of which are white which is the color of death in Japan.  In some of the ceremonies, that initial changing of clothes is a part of your own funeral. The ‘you’ up until now will die.  They even give you a new sacred name to be used during the shugyō undertaking.

More specifically, I practiced Takigyô, which involves standing under a waterfall and chanting Shinto incantations that are dedicated to specific mountain gods in the region.  It’s probably the most intense kind of experience I’ve ever had. The weight of the water can knock you every which way and the temperature is a level of cold that you probably haven’t experienced.  I also did Tengu-Sumo, which is sumo wrestling in the spirit of the Tengu – a mythical forest goblin famous for being a martial arts master. 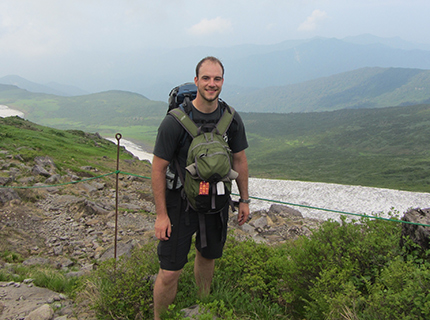 AS: How can the everyday person practice Shugyō?

SD: There’s another great word that the yamabushi use all the time during shugyō, called uketamo, which translates to I receive or I accept. One of the masters I worked with emphasized that this spirit needs to be embraced in our everyday lives. We suffer from resisting the hardships that come our way, but if you have a spirit of uketamo, you gain power from hardship which reverses the narrative.  More than anything during shugyō, we practiced walking meditation.  It’s something anyone can do anywhere. I think it’s essential, especially during times like the pandemic. We need that time outdoors to reconnect with ourselves and the world.”

AS: What were some of the challenges you faced during your field work?

SD: Being neutral between the three temples who have deeply rooted historical conflict was a challenge. I want to be neutral as an ethnographer, but also as a filmmaker, to have rapport with individual members of the temples. One other challenge was finding where I fit into this community as an anthropologist.  I thought the temple politics was a great area to focus on because it’s not acknowledged by historians, who are more focused on the past. The present conflict is worth bringing out because it says something about authenticity and the pressure that tourism places on temples when tourists go to one over the other. There’s inequality there. I wonder how the role of our film will play into that conflict, because scholars can get leverages to legitimize one sect over another.  I managed to play it safe but you can’t make everyone happy.

AS: What was it like working with the director?

SD: Watanabe-San knows how to leave his audiences with key images that symbolize greater themes in the film. The scene by the river is a good example. There are many such visual “haiku” happening there. The river flows over a still boulder like time around the stillness of the Sokushinbutsu. A dead fish is consumed by flies, expressing a unity between life and death. Then, there is the moon that appears during the final interview, symbolizing enlightenment. Such images stay with an audience after the final credits. 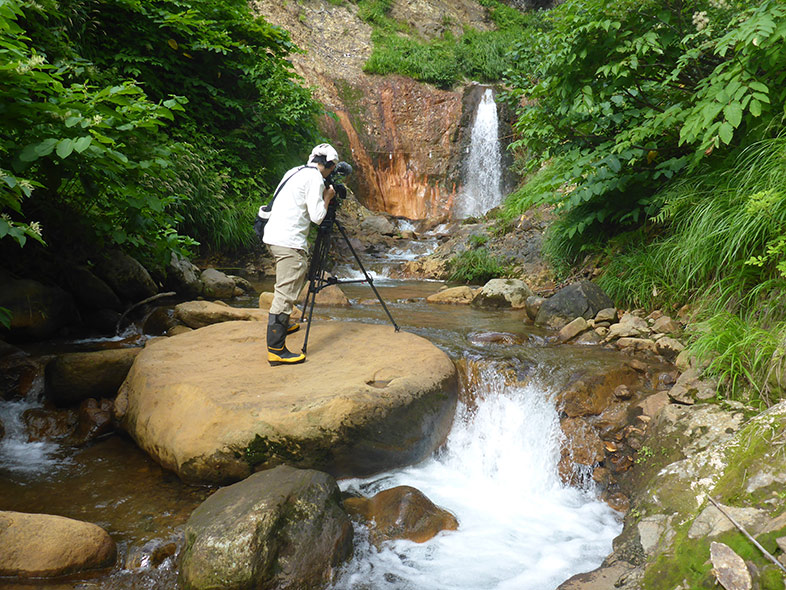 Poetic images, esoteric Buddhist philosophy and temple politics, The Buddha Mummies of North Japan will, indeed, stay with audiences well after the final credits, just as the life and teachings of the Sokushinbutsu stay with their communities well after their biological death.

Want to learn more? Check out our related film titles: