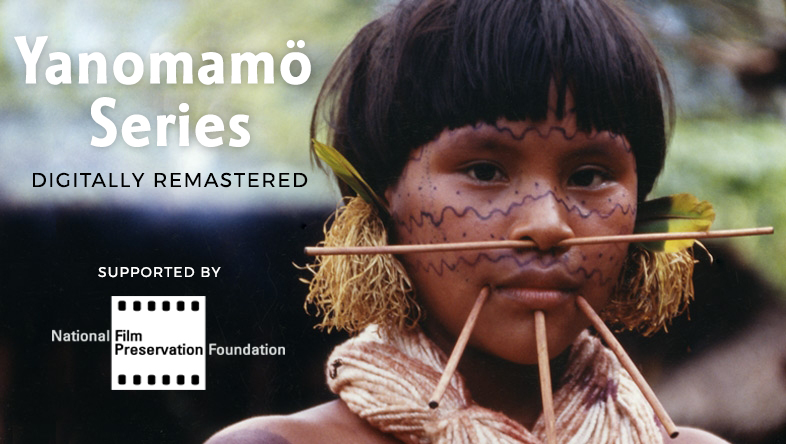 DER is excited to announce the release of newly restored works from the Yanomamö series!

In 1968 and again in 1971, ethnographic filmmaker Timothy Asch and anthropologist Napoleon Chagnon formed a unique collaboration to document the Yanomami, an indigenous community living in the Amazon River Basin. The resulting series, which offers an irreplaceable window into a way of life that has been eclipsed by outside social, political, and economic forces, helped to pioneer sequence storytelling and has long been a staple of visual anthropology. The films remain an important contribution to our understanding of who we are as humans, providing insight into one chapter of human diversity and our capacity for adaptation to diverse local environments.

These newly remastered films have been created from High Definition transfers made from their original 16mm film elements presenting the films in bright, intimate detail and for the first time are available with Spanish and Portuguese subtitles.

As we’re excited to announce the release of the remastered Yanomamö films, we would also like to invite you to take a close look at DER’s preservation process.

As streaming video becomes more prevalent in the use of documentary films in teaching in the classroom, we at DER have had the challenge of bringing some of our popular titles in our catalog up to contemporary standards in terms of resolution and image quality. Many of these films were made independently, or sometimes, with some institutional funding, but all with very low budgets. They were shot in verite style with 16 mm cameras in remote locations without a robust crew and advanced equipment.

The Yanomamö films are more than 40 years old and the originals have deteriorated over time. Some of the films were transferred into videos, yet sometimes, these transformations didn’t do justice to the original films in terms of color, framing, frame rate, and others, which leads to unintended artifacts in the imagery. Fortunately, the original negatives of the Yanomamö films are safely archived in a temperature-controlled storage environment in the Human Studies Film Archives (HSFA) of the Smithsonian Institution.

We at DER have always wanted to preserve the Yanomamö films, which are particularly important to us as the films were made by one of DER’s founders, Timothy Asch, along with the influential anthropologist Napoleon Chagnon. These films were widely, if controversially, regarded as groundbreaking contributions to visual anthropology and have been in regular demand for teaching and screenings around the world since their release. DER acknowledges that there exist problematic representations and research methodologies in these films. This restoration effort is DER’s recognition of this series as an important milestone in the development of ethnographic filmmaking, a crucial testament to Tim Asch’s career as a visual anthropologist, and a discussion point about the ethics of ethnographic research.

In 2017, we received a grant from the National Film Preservation Foundation and also completed a crowd-funding campaign to cover the costs of preservation and remastering for 9 titles from the Yanomamö film series. In partnership with the Human Studies Film Archive at the Smithsonian’s National Museum of Natural History, we worked with Senior Archivist Pam Wintle who supervised the film-to-film restoration process, while DER’s Director of Media & Design Frank Aveni supervised the digital restoration. 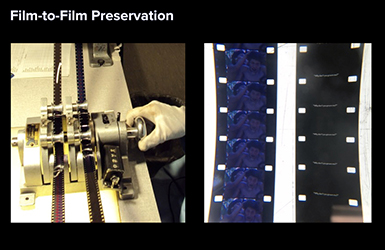 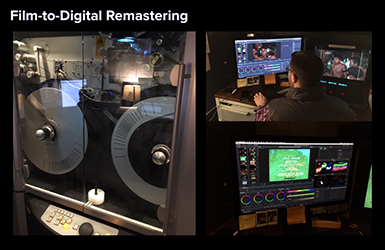 Preservation work was performed by our partner Colorlab, who scanned the films and made all new 16mm internegatives and answer prints – 16mm film elements that can be used to make film prints. Once the digital scans were returned to DER, our staff took great care in reviewing the color correction, recreating the title cards, and adding subtitles in Spanish and Portuguese, which were previously not available for the films.

New digital subtitles in English, Spanish, and Portuguese were created in-house at DER

Here are some sneak peeks of our in-house works as described by DER staff who have worked closely with the restoration process:

“Digital distribution has allowed us to make the films available in the primary languages of the region – something we couldn’t do as easily when the films were distributed on 16mm, or on videotape. Remaking the subtitles digitally allowed us to offer them in several languages in addition to English, with the possibility of adding more in the future.”
– Director of Media & Design, Frank Aveni

“We spent a long time trying to find the right balance between staying faithful to the original films while making appropriate updates and improvements. This was particularly true for remaking title cards – we wanted to stay faithful to the original design of the titles while not slavishly reproducing errors or artifacts that had more to do with the technological limitations of when the films were made. Similar concerns guided the subtitles; we used a font as close to the original as we could find, and generally kept the line breaks the same, except where we felt it could be improved for the viewer.”
– Former DER staff, Nic Brynolfson

“In the process of reviewing the color correction, we intended to make the images as a more accurate reflection of the environment that Tim Asch and Napoleon Chagnon were in during their making of the films. We’re also trying to find the balance in staying faithful to the original look of the film while restoring graphics originally created in the 70s.”
– Video Specialist, Elias Mendoza Vivas 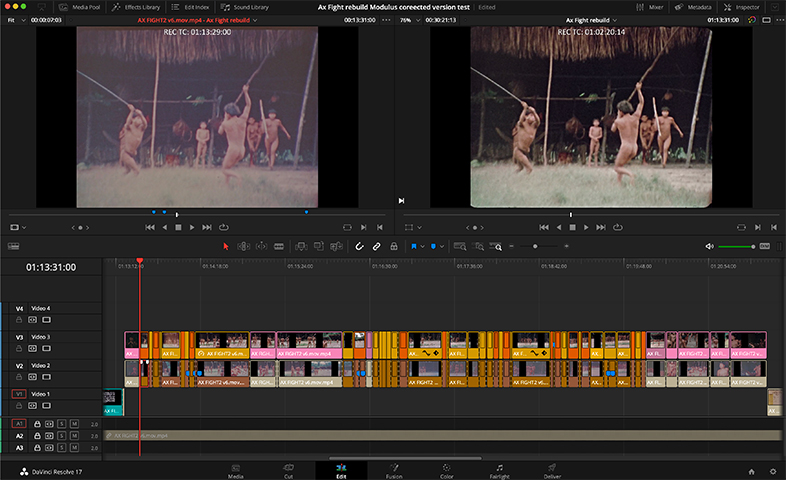 Digitally reconstructing a sequence from The Ax Fight

In addition to the remastered Yanomamö series, The Ax Fight (1975), the most influential film in the series – known for its critical reflection on ethnographic interpretation – will soon be available as a 4K digital remaster. Previously, with funding from the National Film Preservation Foundation, The Ax Fight was restored by DER in 2001. Our most recent remaster effort, transferring the film into 4K resolution, is a tribute to one of the co-founders of DER, Tim Asch who has helped us understand the complex ways in which we strive to produce a fit between the coherence we desire and the events we observe as ethnographers and filmmakers.

You can expect to order the remastered version of The Ax Fight in early 2022.

The DER archive provides a foundation for understanding the tradition of ethnographic media production, distribution and education and extending the practice into the 21st century. To keep these films available in high quality over many decades requires considerable time and effort, as well as access to expertise in archiving and in contemporary and historical production processes and forms.

DER’s preservation efforts could not have been accomplished without the support of the National Film Preservation Foundation, the University of Missouri, Friends and Alumni of the M.A. Visual Anthropology – University of Southern California, Documentary Arts and Ethnographic Research (DAER) – Temple University, Culture and Media Program at New York University, Emilie de Brigard, Sue Cabezas, Robert Lemelson, Peter Dow, members of the Chagnon family, and our many generous individual donors.