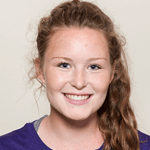 About: Mary Grace is currently an English major at Amherst College, and has spent the summer working on marketing and social media projects at DER. Although she considers herself relatively new to ethnographic film, her interest comes from a longtime love of watching documentaries and making short videos. She has seen every episode of The Office at least twice and feels satisfied with this accomplishment.

Sailing a Sinking Sea explores the lives of the Moken people of Thailand and Burma, whose survival rests on an instinctive and intimate relationship with the sea. With vibrant and often unpredictable kaleidoscope-like views, this documentary allows access to the unique Moken folklore and culture. It offers a sparkling glimpse at the tempestuous beauty and power of the sea, and those who find life in its uncertainty. 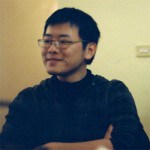 About: I-Lin graduated from National Taiwan University, Taiwan with an M.A. in Anthropology. While at NTU, he became interested in ethnographic films and documentary. After he graduated, he worked as the international and screening coordinator for Taiwan International Ethnographic Film Festival. He is now studying film and television at Boston University. He enjoys strolling around different used bookstores in Boston.

There’s a line in Godard’s Le Petit Soldat, “The time for action is over…The time for reflection is beginning.” The Collective shows us how this kind of reflection could be done. On the surface, this film is an oral history of the radical movement in Massachusetts during the seventies. What differentiates this film from other documentaries is that we see these people encountering their own failures. They are all trying to answer the question, “We have failed in the past, what shall we do in the future? ” And we can all benefit from their answers. 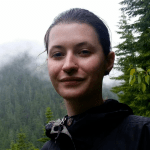 About: Sarah earned her B.A. in Linguistics from Boston University this past spring. Hailing from the DC Metro area, she has long cultivated a passion for the arts and other forms of expression, becoming involved in Boston’s local music scene and independent cinema whenever possible. She enjoys hiking, discovering new subject matters to explore, and hopes to turn her artistic interests into a profession someday.

Jakub, directed by Czech filmmaker Jana Ševčíková, takes its name from a man never seen nor heard throughout this film’s visually poetic course. The narrative depicts recollections from a group of Ruthenian peasants living in modern-day Romania, having been incorporated into a national framework practically overnight. Their way of life is a rural one, beset by a harsh landscape. Through fragmented storytelling, Jakubhighlights the conflicting nature of both individual and collective memory. At the same time as Jakub’s legacy is shrouded in doubt, the Ruthenians’ overall legacy is revealed to be in a state of constant, yet somewhat muted, threat from totalitarian regimes, and they emerge as a curious feat of human survival. 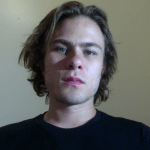 About: Mateo is from Bogotá, Colombia. He is a student of Fine Arts at Los Andes University and currently finishing his Anthropology degree as an intern at DER. For some time now, he has been very curious about the intersections between ethnography, video and the arts. His interests jump from side to side in deliberate ways, but he really enjoys painting, making video, and lately ceramics. His soft spot is a good music store.

A blur between the person and the character, between reality and representation, The Devil of Cumana is a biographical portrait of a man and a tradition tying a pact. Through intimate access to The Black Devil, also known as Luis del Valle Hurtado, this short film serves as a sample of the popular celebrations and carnivals in Cumaná, Venezuela. Furthermore, this is the story of a man jealously guarding a tradition that underlies his own identity. ALERT: THE MERE SIMULATIONS, RITES AND/OR THEATRICAL PERFORMANCES COULD BE MORE DANGEROUS THAN THEY SEEM TO BE!!!